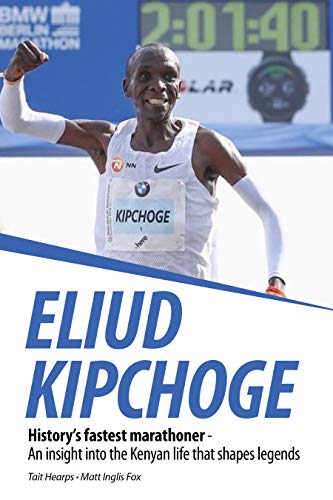 Forty-two thousand, one hundred and ninety-five metres. In under two hours?

Some would claim that the two-hour marathon is an inevitable progression of the
sport of athletics, akin to the once impenetrable barrier of the four-minute mile.
However, many would argue that this is a much more formidable obstacle, one that
is at odds with human physiology.

This was the case, until in May 2017, Nike staged the Breaking2 project in Monza,
Italy. Eliud Kipchoge of Kenya came so close to achieving just that. What many
regarded as a moon shot, the combination of Eliud’s extraordinary talent, strength
and mental fortitude, with Nike’s technology and their legion of exercise scientists,
came so close to culminating in an achievement that so many regarded as futuristic,
if not impossible.

Although not ratified by the IAAF as an official world record, Eliud’s magnificent run
opened many people’s eyes to the imminent possibility, if not the inevitability, of a
sub-two-hour marathon.

Kipchoge’s efforts were subsequently diverted to Berlin, a world record beckoning.
In an effort to unearth the formula that enables such incredible performances, we
decided to travel to Kenya in August 2017, seeking to observe Kipchoge and his
counterparts in preparation for the race.

Detailing the experience of spending several weeks immersed in Kenya’s rich
running culture – an incubator of running’s elite – and the most striking components
of Eliud’s training, the book explores the ascetic devotion of this group of men and
the aspects of Eliud’s life that have supported and propelled him to reach such
vertiginous heights.