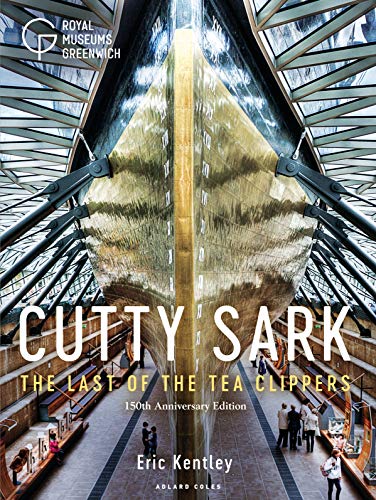 An updated and expanded edition to celebrate the 150th anniversary of this iconic ship. The narrative spans her construction at Dumbarton in 1869; her famous tea voyages as well as those with other cargoes; her career under a Portuguese flag; her subsequent return to the Thames, Greenwich; and the dramatic fire, painstaking restoration and glorious reopening in April 2012.

The book has been developed from the outset with the Cutty Sark Trust and takes the form of a chronological career narrative but also presents detailed features on crew accounts, log entries, pieces on seamanship, ports and cargoes and broader tall ship culture as well as an opportunity to focus on artifacts and the fittings of the ship.
This unique opportunity allows the first publication of specially commissioned photography created as part of, and subsequent to, the clipper's restoration as well as the findings of resulting research.