The Passion in Art (Routledge Studies in Theology, Imagination and the Arts) por Richard Harries 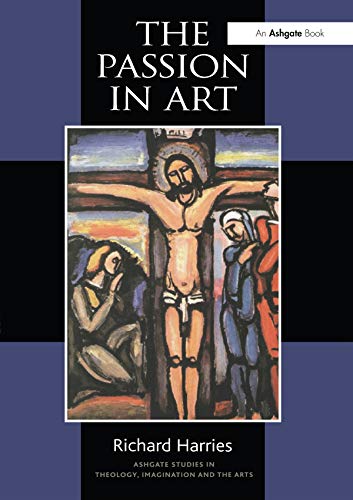 Richard Harries con The Passion in Art (Routledge Studies in Theology, Imagination and the Arts)

Jesus was not depicted on the cross until the early fifth century. Since then this scene has been painted or carved in sharply differing ways. With the aid of over thirty full-page plates, The Passion in Art explores the historical contexts and theologies that led to such differing depictions. Because the first Christians saw the Crucifixion and Resurrection of Jesus as different aspects of a unified victory over sin and death, scenes of the Passion are juxtaposed with some of the Resurrection, which again are highly varied in what they do and do not show. This is the first book to consider the Passion as portrayed in the whole sweep of Christian history. Each picture is considered both from the point of view of its context and its theological standpoint. Spanning the centuries, the images reproduced and discussed include: scenes from the Passion of Christ in the Catacombs of Domitilla, mosaics in Ravenna, the Rabbula Crucifixion and Resurrection, the Crucifixion Plaque from Metz, the Gero Crucifix, Cimabue's Crucifix, Giotto's Noli me Tangere, Piero della Francesca's Resurrection, the Isenheim altarpiece, Caravaggio's Supper at Emmaus, Rembrandt's Christ on the Cross, Chagall's White Crucifixion, contemporary paintings by Stanley Spencer, Graham Sutherland, Nicholas Mynheer, and many more works of great acclaim.